Every day, hundreds of people go missing throughout the world. But have you ever heard of an entire sports team mysteriously vanishing? Yet, that is exactly what happened in 2004, when the Sri Lankan national handball team disappeared in Germany while on tour. This then gave rise to one of the biggest mysteries in the world of sports that still remains largely unsolved. So what happened to the Sri Lankan handball players? Let’s take a look!

The Asian-German Sports Exchange Program (AGSEP), founded by Dietmer Doering, is a non-governmental organization that operates in Sri Lanka, with a partner office in Germany. Since about 1989, the AGSEP has organized numerous matches between Sri Lankan and European sports teams. But in 2004, they held a handball tournament between Sri Lankan and German teams that went on to become famous for all the wrong reasons.

It all began with the Sri Lankan National Handball Team arriving in Bavaria, Germany to take part in the tournament. Of course, at the time, nothing seemed outright suspicious about the group. They had presented all the right documents to the German Embassy in Colombo, Sri Lanka. The embassy, having seen no fault in these papers, then issued them their visas. With these visas, the team could stay in Germany for about a month, from September to October 2004.

However, the Sri Lankans did not bother waiting out their visa periods. Instead, soon after they set foot in Germany, the team of 16 players and 8 trainers mysteriously vanished, never to be really be seen again. And thus began an intriguing mystery that, even today, nearly two decades later, manages to lure in people from all around the world. (1, 2, 3)

How did the Sri Lankan team disappear in Germany?

The Sri Lankan team’s month-long sports tour, set to start on 8 September 2004, began as scheduled. They then played against the German team, TSV Wittislingen in Bavaria, and things seemed to be going according to plan.

But one morning, just a few days after they had arrived in Germany, the Sri Lankans failed to show up for breakfast. As a result, the Bavarian hosts quickly grew concerned, wondering where their guests had wandered off to.

The Germans initially believed that the foreign team, unfamiliar with the new place and its geography, had gotten lost while out jogging in the woods. However, a visit to the Sri Lankan team’s lodgings revealed a much deeper mystery.

The team itself was nowhere to be seen but they had left behind a couple of sports kits, shoes, and some sweaty T-shirts. Along with these, they had also left an important clue, a farewell letter for their hosts. In this letter, the missing team thanked their hosts for their hospitality and explained that they were going to France. (1, 2, 3)

What did investigations into the disappearance reveal?

As expected, the Sri Lankan team’s disappearance left the German authorities rather puzzled. They soon launched an investigation into the disappearance, hoping to understand what exactly had happened. Then, as their investigation progressed, things began to unravel.

To begin with, the alleged top handball players from Sri Lanka seemed completely inept at the game. They were so bad that the German team is said to have wondered about their opponent’s poor play during a match. This was because the supposed national handball players of Sri Lanka appeared to have no idea about the rules of the game. And as if that wasn’t strange enough, they also seemed to have trouble just catching the ball! Unsurprisingly, they lost all their matches. However, they were still set to tour seven communities in Bavaria before they disappeared.

Later, the German authorities also discovered how the Sri Lankans may have made their way out of the country. During the course of their investigation, the Bavarian police interviewed a taxi driver who told them that he, along with a couple of other taxis, had been directed to bring the Sri Lankan players to Munich’s central railway station. From there, the team could have taken a train to make their exit from Germany.

A police officer is also reported to have said that the letter left behind by the team could be a false lead, meant to throw the authorities off their trail. (1, 2, 3)

Who were the Sri Lankan players?

With each clue that surfaced, a rather suspicious picture began to form of the missing Sri Lankan team. They clearly were not who they claimed to be, since they seemed to have little knowledge of a game they were supposed to be professionally trained in. But the final nail in this coffin only came after the Sri Lankan government issued its official statement.

According to the sports ministry in Sri Lanka, no such team had been authorized to represent the island country. Sri Lankan officials also stated that handball, although a popular game in many European countries, was not as popular in Sri Lanka. As a result, it did not even have a federation body in the country.

All these revelations then highlighted a burning question: who were these 24 people really? Many theories were soon put forth to answer this. But among them, the most accepted theory is that the team was just a group of people looking for safe passage to Italy.

According to official reports at the time, Italy had recently become home to many Sri Lankan refugees. There, these refugees had even managed to make a tight-knit community for themselves. As a result, it is not unlikely that the Sri Lankan players could have migrated to Italy.

Later, the AGSEP also stated that they had received word of one of the missing players contacting his family in Sri Lanka, stating that he was in Italy. This player is also said to have informed his family that he was soon going to get a job there. (1, 2, 3)

The aftermath of the team’s disappearance

Despite being an extremely daring move, this act of disappearance did not go unpunished.

Nearly two weeks after the alleged national team had vanished in their country, German authorities issued arrest warrants for the whole group. Also, according to Thomas Weith, the chief prosecutor in Augsburg, Germany, the team’s visas had been revoked by the German embassy in Colombo, Sri Lanka. This was because the team had made “false claims” in their visa applications to gain passage into Germany. Further, the Sri Lankans were also reported to be facing charges of violating the European country’s immigration laws.

But as if these consequences were not bad enough, the disappearance of the Sri Lankan team had a negative effect on the AGSEP as well. The AGSEP, being the organizers of the event, stated that they felt extremely let down by this incident. As a result, its founder, Dietmer Doering, said that the sports exchange program that had run successfully until then would now be suspended. He stated that he no longer intended to hold such matches or invite any more teams from Sri Lanka to participate in them.

Meanwhile, some people also appeared sympathetic to the plight of the vanished players. According to Bjoern Rupprecht, a German who coached the team in Sri Lanka for three months, the group had shown little discipline during practice. In fact, they would often show up to training barefoot or in flip-flops. However, he said that he understood why they wanted to emigrate. According to him, the players were all “nice guys” who simply wanted a better life for themselves. (1, 2)

Where are the missing players today?

As many amateur sleuths continue to dig into the mystery of the vanished Sri Lankan national handball team, there is one question that they often struggle to answer. Where are the missing Sri Lankan players today? However, surprisingly, this is not an easy question to answer.

For the most part, the missing players seem to have managed to keep a low profile even today. Very few news reports have surfaced in recent times regarding their current whereabouts. However, there are also some reports that claim many of these Sri Lankans returned to their home country within a decade of their disappearance. According to such reports, some of these players managed to find jobs as pizza bakers in Italy. But some had to return home to tend to their families in Sri Lanka.

Nevertheless, this mysterious case of disappearance still looks rather muddled. And yet, it is far from forgotten. (source)

This incident later gave rise to a critically acclaimed movie

From humor to surreality, it is undeniable that this incident has all the elements necessary to make a movie. This is also what drew Oscar-nominated Italian film producer, Uberto Pasolini, to make a film about it. But according to Pasolini, he also found the cleverness and daring attitude behind this “scam” rather attractive. His attraction then resulted in a movie called Machan that immortalized the events of September 2004.

In August 2008, this movie premiered at the world-renowned Venice Film Festival. Following this, the movie also saw commercial releases in theaters in Italy and other European countries.

Produced by Prasanna Vithanage, an award-winning director from Sri Lanka, and directed by Pasolini, this movie tells a fictionalized story of the missing Sri Lankan team. It depicts the players as people living on the margins of society and also addresses the issue of illegal immigration.

Later, the movie went on to receive much critical acclaim, with The Guardian describing it as arguably better than movies like The Great Escape (1963) and Slumdog Millionaire (2008). It also won several awards, including ones at Venice, Brussels, and Amsterdam. (1, 2, 3)

Evidently, the disappeared Sri Lankan players have made a mark for themselves in the world today. And hopefully, with all the attention that this case still receives, it can one day be solved beyond all doubts. 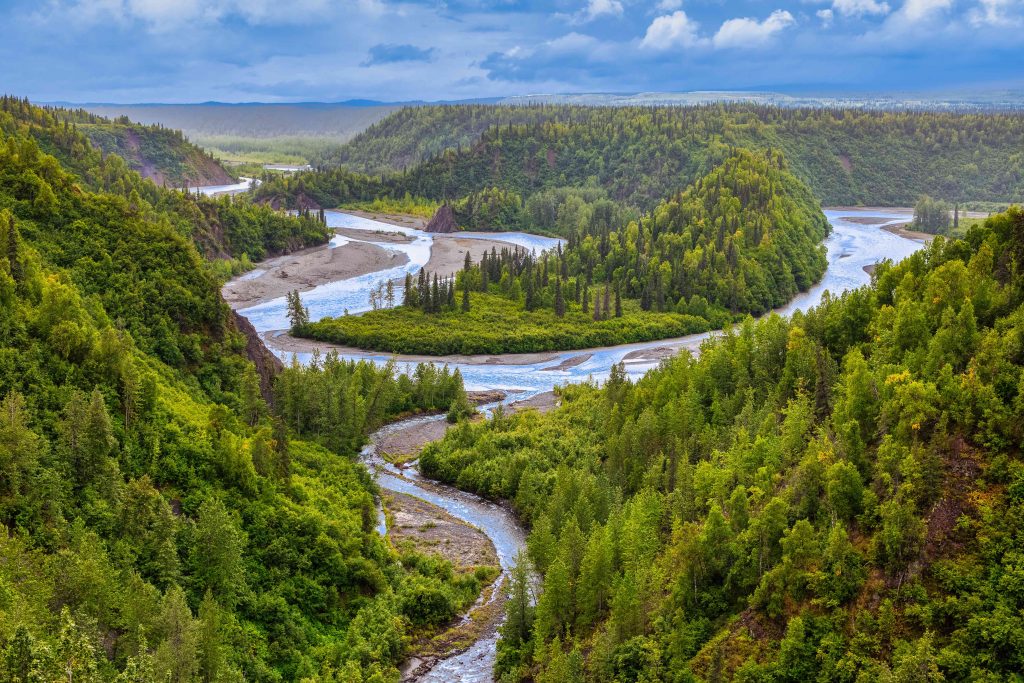 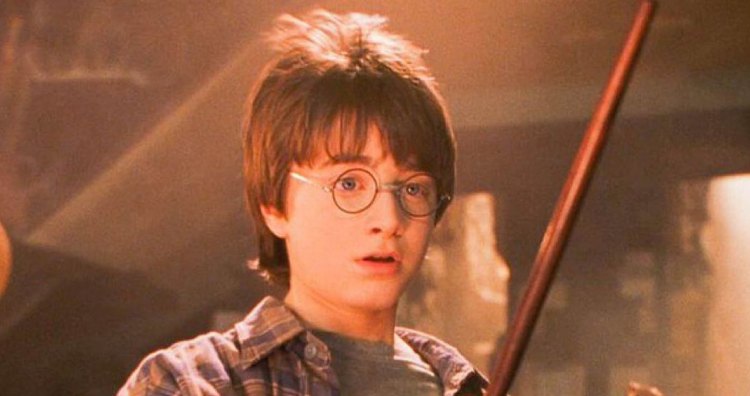 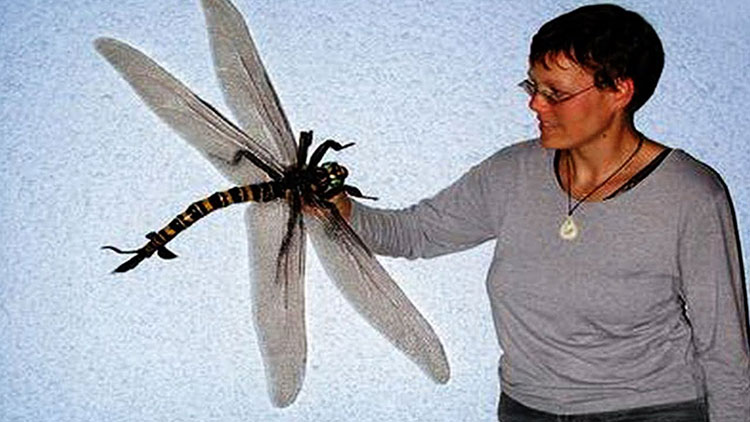