Most commonly referred to as the Buckeye State but also as the Birthplace of Aviation and the Heart of it all, Ohio was the 17th state to join the United States of America on March 1, 1803.

It has a population of 11,689,100 people (as of 2019), making it the 7th most populous state. Ohio is bordered by the states of Kentucky, Indiana, West Virginia, Pennsylvania, and Michigan.

The capital of Ohio is Columbus, which is pretty much square in the middle of the state.

That’s enough fast facts about the Buckeye State; we’re here to learn some of the more interesting facts!

It’s widely believed that the Americas were initially populated by a group called the Paleo-Indians.

They first came to North America sometime between 15-13,000 BC from the far east of modern-day Russia into the westernmost tip of Alaska via the Bering Strait.

Over the following centuries and millennia, they spread out over the Americas, eventually settling across the continent.

These early explorers were hunter-gatherers, and all we know of their existence comes from the archaeological evidence we dig up today.

The earliest such evidence of human existence in the region we now call Ohio comes from unearthed spear tips that date back as early as 13,000 BC. 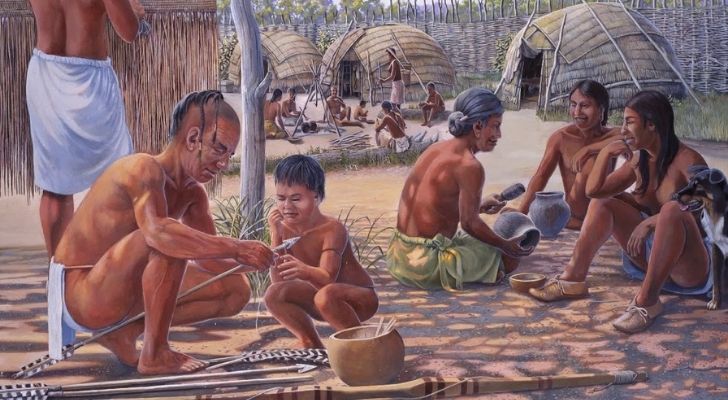 While Europeans may have started to colonize parts of North America as early as 1607, it wasn’t until much later that they reached as far inland as Ohio.

Until the mid-1600s, Ohio had been more or less continuously inhabited by successive groups of people sharing the same cultures.

The more well-known of these tribes included the Fort Ancient and Erie people.

Unfortunately, we know little of many of these earlier tribes as they were soon either wiped out or pushed out of the region by the Iroquois Confederacy, a neighboring confederacy of tribes from the modern-day New York Region.

Their conquest was a direct result of the newly formed fur trade between the eastern tribes and the recently arrived European settlers.

By the 1700s, the Iroquois had moved on. The move allowed the tribes from neighboring regions, Shawnee, Miami, and Wyandot, to repopulate the area.

The first European settlers to reach Ohio were French. 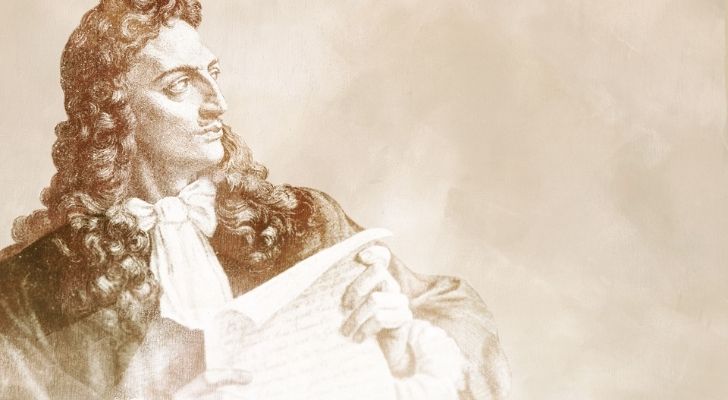 It’s a little unclear which Frenchman it was who first explored modern-day Ohio.

We know that the famed French explorer and fur trader Robert La Salle explored northeastern Ohio as early as 1669.

In 1663, France had already claimed the land as a part of the Province of New France.

France did very little to stake its claim, though. Instead, they established several trading posts and built a few forts to protect them.

Ohio changed hands before becoming a part of the United States of America. 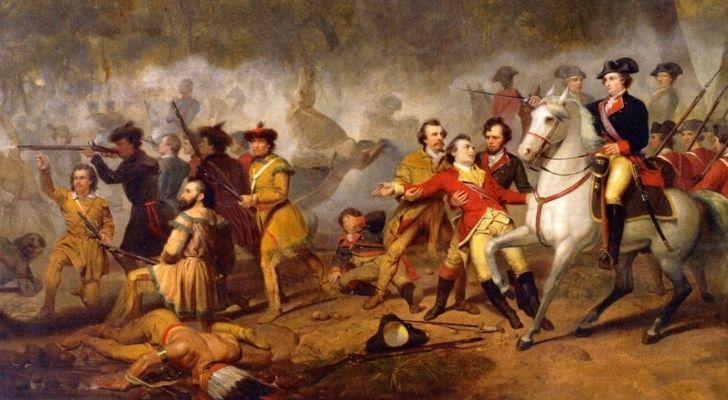 France’s control of Ohio ended when England defeated them in the French and Indian War.

The land was subsequently ceded to the English in 1763, who immediately proclaimed that it was explicitly reserved for Native Americans, barring colonists from settling further into the area.

In 1778, during the American Revolution’s first stages, the Virginia colony claimed a large region, including modern-day Ohio, by right of conquest, which they named Illinois county, Virginia.

Within just 21 years, modern-day Ohio was incorporated into the Northwest Territories and then made into the state of Ohio on February 19, 1803

Ohio once went to war against Michigan. 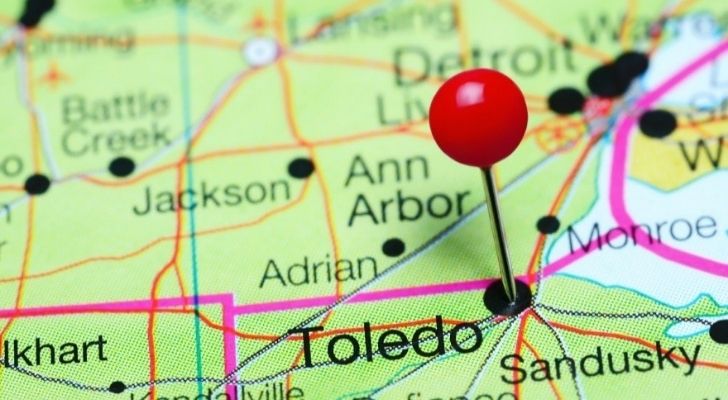 More or less, anyway. It all came down to an unfortunately vague land survey from 1787, which led the new state of Ohio and Michigan Territory to lay claim to a 438 square mile (1212 square km) strip of land that separated the two.

Tensions built up over several decades, coming to a head when Michigan applied for statehood.

In 1835, the so-called Toledo War broke out, with each side raising a militia to defend their claims.

The conflict ended with little to no bloodshed when the Federal government intervened.

Ultimately, it was decided that if Michigan wanted to achieve statehood, it should forget its claims to the Toledo strip.

As compensation, Michigan was given a much larger piece of territory in the Upper Peninsula.

Ohio contributed more troops per capita to the Civil War than any other Union state. 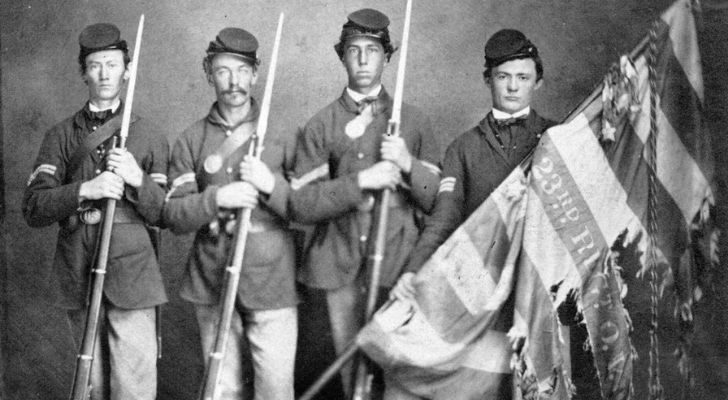 Ohio’s population rapidly rose to such heights in the 1900s that it was the third most populated state by the time the American Civil War broke out in 1861.

Ohio, being a free state, was quick to join the side of the Union in the fight against the Confederate States of America.

They did more than joining the fight, though. Ohio contributed 320,000 men to the war effort, the highest per capita of all the Union states.

Fortunately for Ohio, there were no major conflicts fought within the state.

The state of Ohio was once sued because of its official state motto. 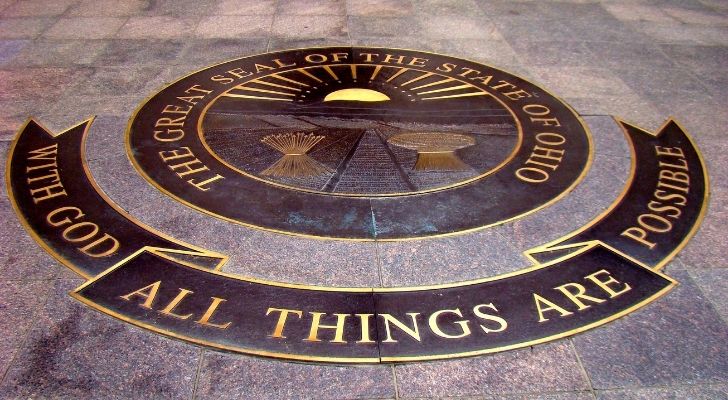 Ohio’s state motto is “With God, All Things Are Possible.”

In 1997, the American Civil Liberties Union (ACLU) decided they had a bone to pick with this motto, as they believed it goes against the US Constitution’s First Amendment. The amendment was put in place to protect freedom of religion.

Their claim was ultimately rejected due to a technicality.

Ohio ranks second on the list of states that have produced the most US presidents. 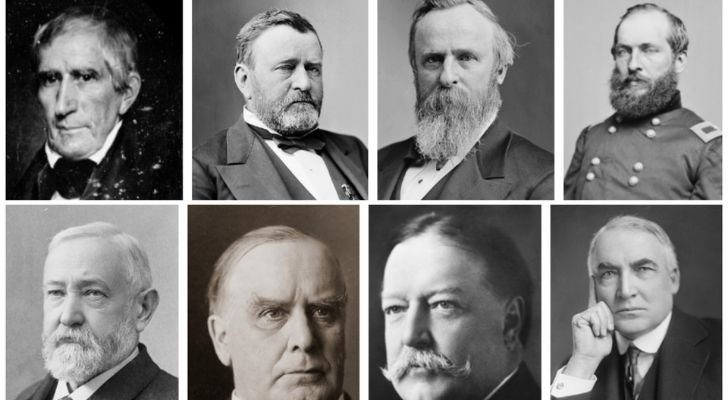 It’s a fact that Ohioans are pretty proud of, too.

So proud are they that despite not giving birth to most US presidents, they still use the nickname the “Mother of Presidents.”

Still, their claim is relatively legitimate, given that they have produced seven Ohio-born presidents so far, just one less than Virginia.

Eight presidents lived and worked in Ohio when they were elected to add even more legitimacy to their claim.

William Henry Harrison wasn’t born in Ohio but moved there after the American War in 1812.

Ohio’s state flag is unlike any other state’s. 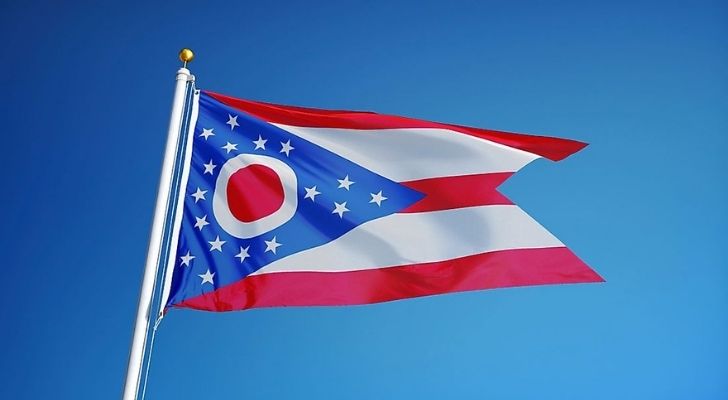 Every state in the US has its own flag, and all of these flags are rectangular. That is, except Ohio.

Their flag is technically referred to as a pennant, but it’s more commonly likened to the shape of a swallow.

It was designed by John Eisenmann and came into use in 1902.

It’s theorized that Eisenmann was inspired by the swallow-shaped military flags carried by the cavalry.

A fire has been burning in an Ohio coal mine since 1884. 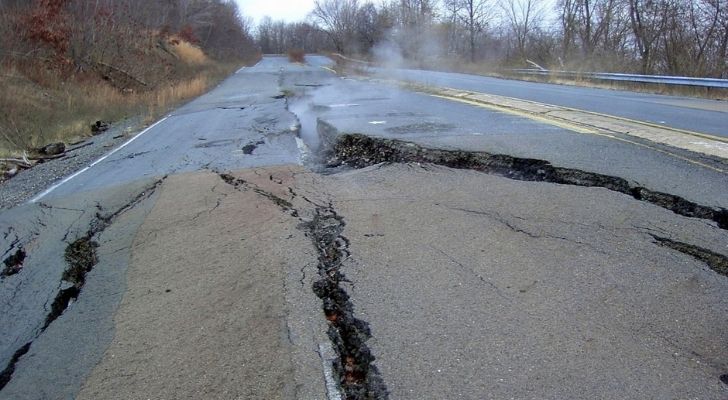 On November 13, 1884, the New Straitsville coal mine workers decided that they’d had enough.

Sick of unfair working conditions, they decided to go on strike.

They didn’t just go on strike, though. Instead, they set the whole mine on fire by pushing a blazing mine cart deep into the mine.

That’s how the story goes, anyway. We know that the mine is still on fire today and is unlikely to go out any time soon.

By best estimates, only 13 out of 30 square miles (33 out of 77 square kilometers) have burned away so far!

An Ohio couple once mailed their baby to his grandmother. 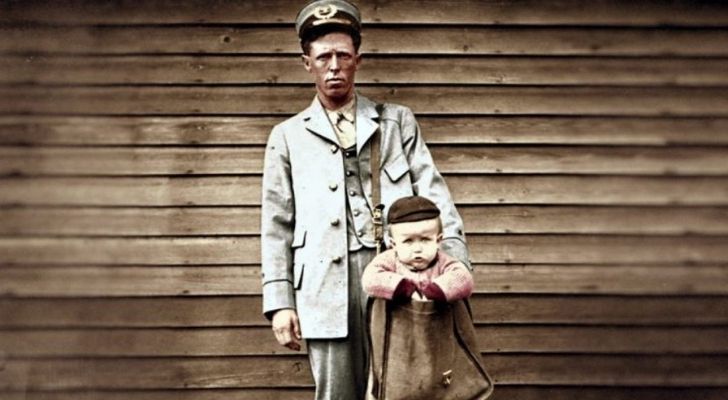 When the United States Postal Service introduced the ability to ship parcels via their postal system, it arguably changed the face of the US forever.

Sure, several private corporations were already offering this service, but not at the comparatively low rates the USPS offered.

Children were one thing the USPS could never have expected to be shipped across the country through their new service.

The first known case of this comes from Ohio, where the eight-month son of Mr. and Mrs. Beagle was shipped a few miles to his grandmother’s house.

Fortunately, he wasn’t packed away in a box and transported in the back of a truck. Instead, the postman simply drove him down the road.

Nevertheless, it was a funny story that started a trend that lasted many years!

One of the US’ greatest inventors was born in Ohio. 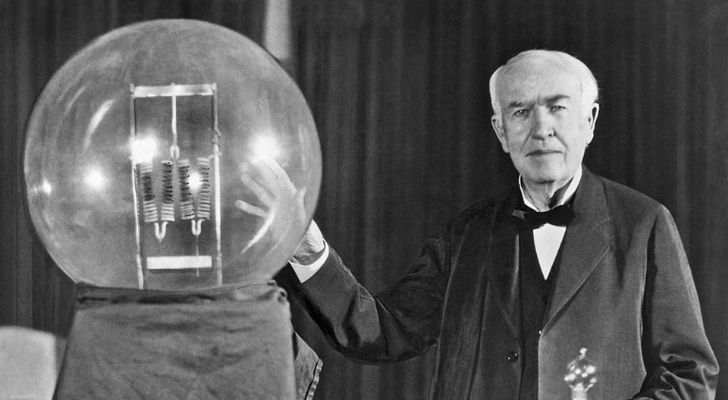 Many great men have come from Ohio, including probably the most influential inventor to ever come out of the US.

We are, of course, talking about Thomas Edison.

Born Thomas Alva Edison on February 11, 1847, in the small town of Milan, Ohio, he didn’t seem destined for greatness.

Despite his small-town upbringing, Edison went on to invent, among many other things, the world’s first fully functioning incandescent light bulb, the electric power generator, the motion picture camera, and the phonograph!

Ohio is also the birthplace of aviation! 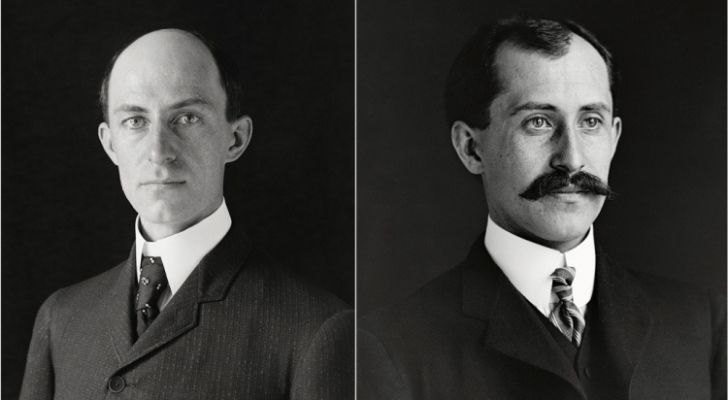 Commonly known as the Wright Brothers, Wilbur and Orville Wright brought humanity into a new era, the age of flight.

Wilbur was born in Millville, Indiana, in 1867, while Orville was born a true Ohio native in 1871 in Dayton, Ohio.

While they moved a lot when they were children, they returned to Dayton in 1884, where they began their experimentations with flight.

North Carolina claimed they were “first in flight” as the brothers completed their tests there, but Ohio will always be the birthplace of aviation.

Ohio’s own Cincinnati Red Stockings were the first professional baseball team in the US. 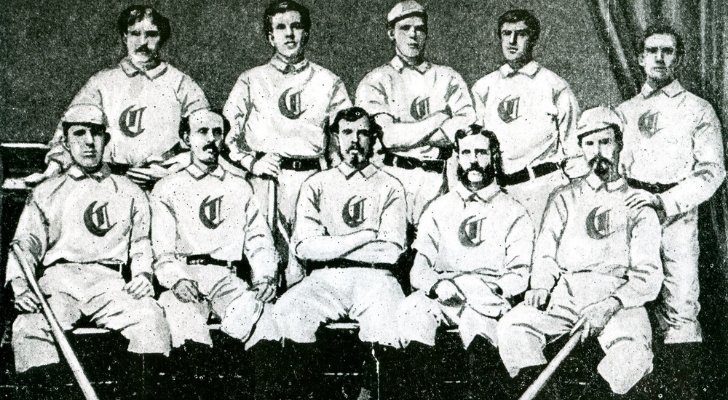 By that measure, it figures that they’re also the first professional baseball team in the world!

It all started in 1866 when the Cincinnati Base Ball Club was formed. At the time, it was a fairly amateur sport, with no single team comprising paid professional athletes.

Most played for fun, with just a few paid professionals from other sports occasionally joining the team.

Cincinnati’s team, the Cincinnati Red Stockings, was quite successful, winning 17 out of 18 games in their first year.

By 1869, the entire team was on salaries, making them the first professional team. 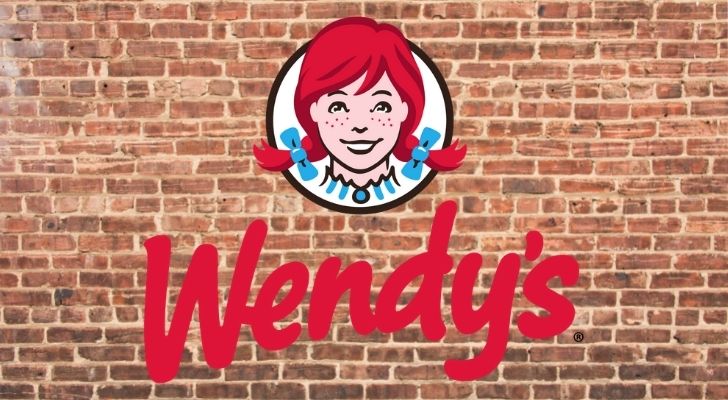 Naming the restaurant after his daughter, Wendy, it’s unlikely he would ever have imagined his business to reach the global scale we know today.

His first restaurant was a hit, and he soon opened another branch in the same city.

Within seven years, the company had gone international, with some 500 hundred franchises across the US and scattering in Canada.

As we all know, Wendy’s success story didn’t end there. Instead, it expanded into a giant fast-food chain with restaurants worldwide!

It’s easy to see that the US wouldn’t be the same without Ohio. Sure, it’s an agricultural powerhouse, but it’s so much more than that!

Some of the US’ greatest thinkers and politicians have come out of the state.

There are so many that we’ve only just brushed the surface! The state is more than just its dreamers and inventors, though.

It’s also a beautiful state filled with a fascinating history and lively people wherever you look! 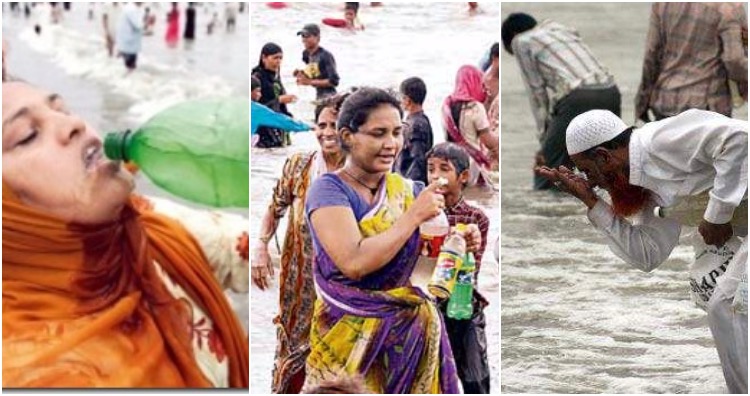 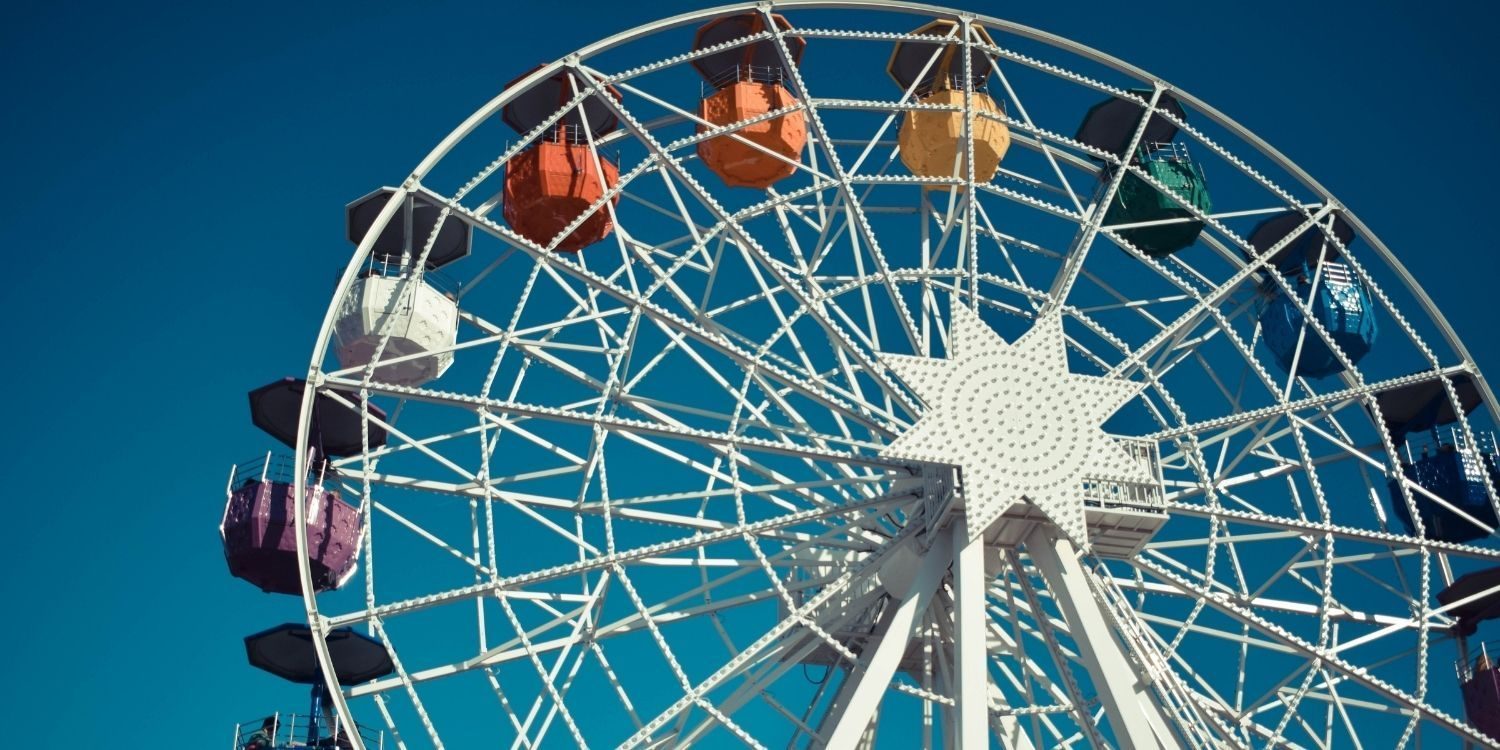 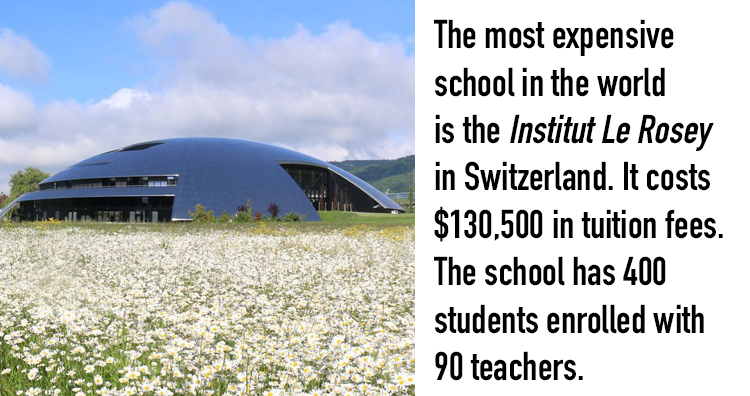